Autonomous and Inevitable, Part 1: What is to Come, and What is Already Here

National Bus Trader has always been a leader in its selection and treatment of topics related to technology and innovation. So the decision to craft a lengthy article about NBT Editor Larry Plachno’s experiences “behind-the-wheel” of a motorcoach-of-the-future at a “ZF Ride & Drive” event in Aachen, Germany (NBT, September, 2016) should not have been a surprise. Nor should it come as a surprise that safety, liability and other issues related to this technology will be explored as well.

Two years ago, Uber owner Travis Kalanick ‘s claim that its vehicles would soon be driverless seemed like a fantasy. Yet this past September 12, 2016, 80 driverless Uber-owned Volvos were introduced into the general traffic stream in Pittsburgh. Mercedes already has an autonomous bus operating between Amsterdam airport and Haarlem. What seemed like science fiction only a year or two ago is reality today.

Our sense of new and old often has a short memory. It is one thing to eliminate an elevator operator, or even a motorman, since both their vehicles operate on a vertical or horizontal fixed guideway. It is another thing to digitize a vehicle that can move in three dimensions. Yet we have had commercial aircraft operating, in four dimensions, on autopilot, for decades. In fact, the Airbus had a reputation for “control by wire” — control engaged from take-off to landing. So too have our personal cars and trucks (and yes, even motorcoaches) had “cruise control,” seemingly for decades (although this level of control did not brake or steer). And even in professions like surgery, which involve enormous choice, much of the precision of modern medicine would have been impossible without robotics. In two 20-minute operations, robotic guidance systems helped surgeons replace the organic lenses in both my eyes with plastic ones that will last longer than I will. In my childhood, lasers replaced jigsaws in the tool-and-die industry. For decades now, lasers have cut metal, and robots have welded the pieces together. In most modern factories, man or most production and assembly tasks are performed by robots, increasingly digital.  Robotic cars and buses are not the future. They are merely a variation of the past.

The Pace of Change

When one stops to think of even the themes that unfolded in the past two decades in the motorcoach field, one could gasp:

In truth, many of the journalists recently invited to operate autonomous motorcoaches were not amateurs.  Like NBT’s editor, European journalists commonly possess a license equivalent to our CDLs. Just the same, this event would seem to be a phenomenon. But more accurately, it was an indicator of extraordinary change in a period of history saturated with it.

For those of you not always noticing these stunning changes far in advance, do not feel ashamed. I myself shrugged off USDOT’s “Intelligent Highway Vehicle Systems” experiments as unworkable for decades.  But an open mind cannot escape change as it morphs from theory to reality — much less when driving alongside the materialization of such change in the general traffic stream. For many of you willing to accept these changes, the opportunity to make substantially greater profits may lie just over the rainbow.  At the same time, those of you making a living operating a bus or coach may soon be doing something else.

Harbingers of Doom or Bloom?

Unlike aircraft, most ground vehicles require roads. The commonly-accepted notion is that we have 70,000 miles of roads, bridges and tunnels in some state of disrepair, and many near collapse. But yet we cannot afford to even paint limit lines intelligibly on many intact roadways on which our vehicles operate. Many intersections are under-signalized. Others that need at least something are completely un-signalized. And many that sorely need signalization do not even have crosswalks. This being said, where is the money to repair  those 70,000 roads, bridges and tunnels going to come from? So one cannot help but wonder on what form and condition of infrastructure our new vehicles will operate. Will this next wave of innovation operate on a network of detours?

While such thoughts reflect an almost certain downside in our transportation future, driverless vehicles have plenty of upsides, and should make significant contributions to that future.  While future installments of National Bus Trader will explore these themes in much greater detail:

These capabilities may appear frightening to those favoring the status quo. Yet we cannot realistically ignore such advantages compared to our current performance:

The essence of these comments is not that they are criticisms. They simply reflect limitations that modern vehicle technologies do not have. Few complained when ABS brakes emerged three decades or so ago. But now, we can combine automatic steering and braking with a form of vision, hearing and sensing capable of regularly making proper judgments and adjustments instantaneously. Even at our best, we may be able to do some other things better. But we cannot compete with the robots, in most vehicle operating tasks, even now. And our current driverless prototypes are only going to get better.

Challenges remain. I have not yet seen the robot that can secure a wheelchair. But I suspect that addressing this requirement will be easier than steering and braking a moving vehicle.
The Penultimate Lawsuit

In a free-market economy, it is unlikely that anyone will succeed in forestalling the inevitable. For example, think about the inherent weakness of tactics like injunctive relief to stop the endless parade of driverless vehicles:

Plaintiff: “Well, we too can manage driver  fatigue. And human beings can safeguard the passengers. And we can improve efficiency and reduce costs by modifying the position of   various objects within the service area. And our drivers can scan mirrors and drive    defensively.  And we can make proper turns. And we can loosen our schedules to include    realistic running and recovery times.”

Defendant: “Very interesting. Can you tell the court, then, why you have not yet done      these things regularly, and how much longer we can expect to wait for them?”

While some jurors may not understand the essence of this dialog, most judges will. If they do not, the defendants have endless money to scale every level of the judicial system, if they must. At some point, the defendants will win, and their robots will swarm the landscape.

The reality is, these arguments will inevitably boil down to comparative accident records. And given the accident records of our driver-controlled vehicles, the robots can crash into quite a few things and still come out ahead by comparison. And I am not even including scenarios like driver-passenger molestation. Remove the drivers, and the perpetrators of these incidents will disappear by definition.

Robotically controlling a soup spoon may seem difficult to envision. But at some point, so too was an electric toothbrush. Or a motorized wheelchair. Or radio. Or television. Or the personal computer. Or a cell-phone. Or Dick Tracy’s wristwatch. Yet we have all of these things now, and have had many of them for quite some time. We did not engineer a robotic soup spoon only because “there was no money in it.”

There are still plenty of things that robots may never do well. Like food- or wine-tasting. Or judging a beauty contest.  Or painting. Or composing. Or improvising. Or even creative writing. But they became awfully good at chess quite awhile ago. And for decades, simple ones have done most of our math. We could probably create terrific ballerinas — although perfection in this form may not be much-appreciated. But operating a vehicle appears to be something robots can do well. In many ways, as noted, better than any of us can. After all, as the cliché goes, “We are only human.” 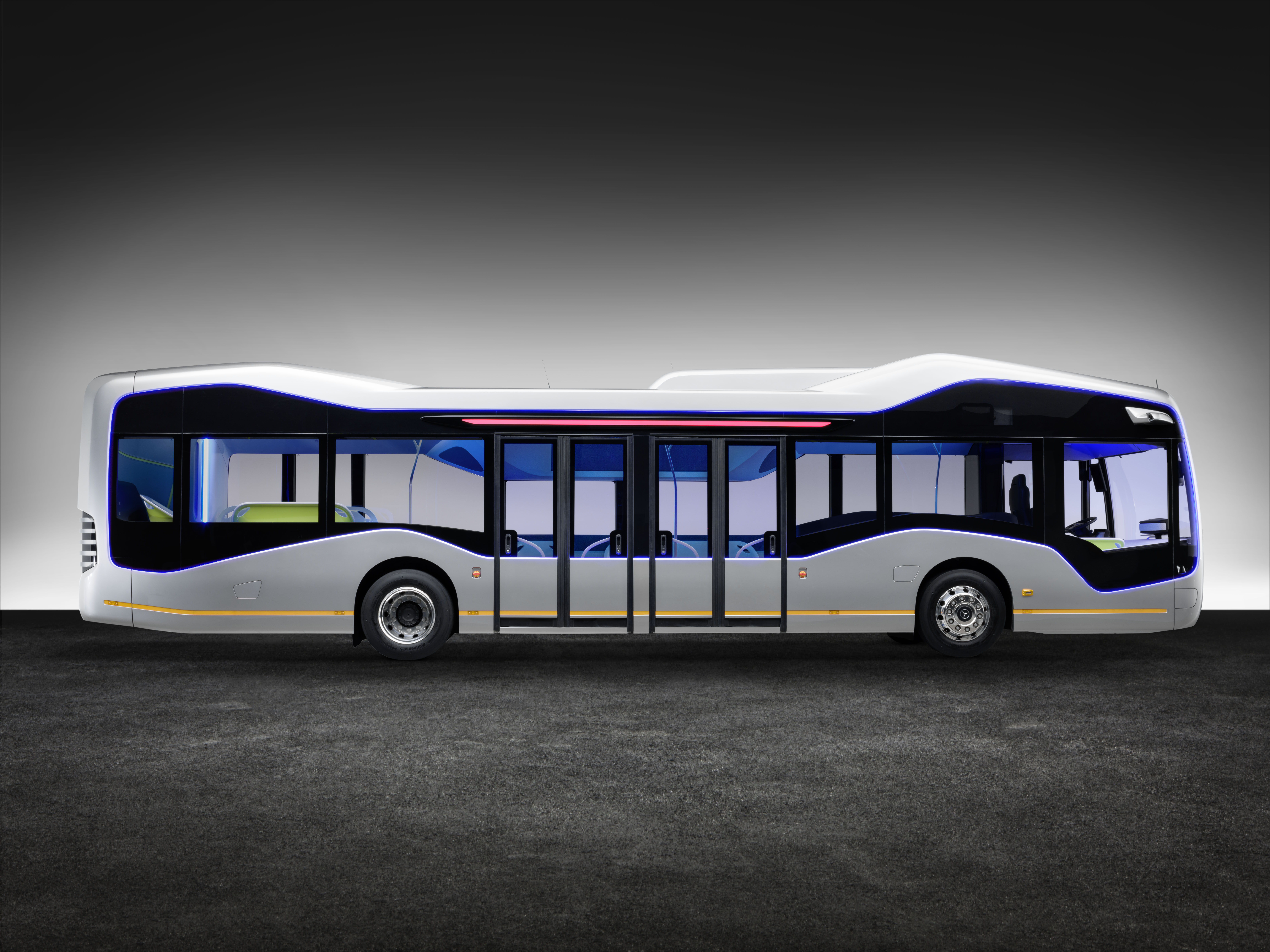 As a socio-economic matter, both the magnitude and the pace of change are likely to be frightening. Eliminating drivers will necessarily change the cost structure of passenger and freight transportation. But what will all the drivers now do for a living? Repairing our infrastructure would seem to be an intelligent starting point. But the task of transforming commercial drivers into road and bridge maintenance crews will likely require a magic wand. And even the robots do not have that. Regardless, many challenges lie ahead. If we fail to meet them, whether or not we are better off from these changes will become a heated debate.

Future installments in this series will examine — and try their best to predict — the implications of these changes.  As I noted, journalism is not always fun. But good journalism is always truth and vision. At its best, it also provides wisdom and understanding, promotes tolerance and patience, and stimulates the imagination. These are things our industry needs badly at the moment, and will need even more of in the years that lie ahead.

In navigating through this analysis and crafting these predictions, both of which may be laughable a few years down the road, I will try to do my best. In the meantime, I hope the readers will try to not shoot the messenger. Otherwise, we are not nearing the end of, “Leave the Driving to Us.” Us will still be there. But it will not have a heart or lungs. Nor, for those who believe in such things, will it have a soul. But it will have a brain.

Uber, Lyft and other TNCs (Transportation Network Companies) are part of the largest, most extensive and diverse criminal enterprise this country has ever seen. Having this network’s activities exposed in open court would not only disclose their collusion with countless other companies, but could mean the end of their operations in your State – and possibly beyond. Or it could lead to regulations that would kill their business model and crush their profits. Facing someone with my knowledge, these companies would NEVER proceed to trial: Their practices would be exposed even if they won. The principal challenge is to control your client(s) – and stop them from grabbing the initial, tantalizing, low-hanging fruit dangled in front of them. (Read more…)