Slovenia suffers from an unfortunate case of mistaken identity. Even some who claim to know Eastern Europe confuse it with Slovakia, or assume it is embroiled in the Bosnian conflict. For a growing body of investors and entrepreneurs, however, this combination of anonymity and ignominy is a potent recipe for profits. Somewhat protected from competition by this combination, investors, once there, have positioned themselves in Southeastern Europe’s most dynamic, export-oriented market. An adventurous American, Ned Einstein, is readily aware of this phenomenon. His joint venture with a Slovenian bus maker, TAM-Bus, sheds some light on the “Slovenian Secret.”Slovenia is politically and culturally distinct from the former republics of Yugoslavia. Unlike Serbia, Croatia and Bosnia, Slovenia is homogeneous and free of ethnic strife. Moreover, as a former part of the Hapsburg Empire, Sloveniaretains its familial ties to Western Europe, especially Austria and Italy.The market in which the venture was struckeven surprises old hands in Eastern Europe. Formerly considered the “Switzerland of Yugoslavia,” Slovenia has a tradition of economic autonomy. Where as a large percentage of Eastern bloc workers were involved in some form of administration, 60% of the Slovenian workforce was engaged in production. And although this small patch of land was home to only 8% of Yugoslavia’s population, Slovenia produced 30% of its total exports, a considerable portion of which went to Western markets.Current policies reflect this heritage. Backed by a strong central bank, a stable local currency and ample foreign reserves, the present administration has been able to keep the economy stable, at least by Eastern European standards.

Trade and investment support from its historical allies, as well as a per capita GDP of $6,600, has lead some to proclaim it as “the most developed of the late Communist countries.”Within this environment, TAM-USA was formed. This deal demonstrates the unique qualities of the Slovenian economy. Evolving out of a related countertrade agreement between the Fortune 500 firm, Combustion Engineering, and the then government of Yugoslavia, the partnership was designed to guarantee the American company a credit line and the chance to bid on a hydroelectric project, in what was to become Croatia, while supplying the Yugoslavs with a source of hard currency. Rather than contribute cash to the deal, Combustion Engineering was persuaded to invest $2.5 million in TAM Bus, the bus making division of the sprawling TAM group.Saddled with an investment in a bus factory about which they knew little, Combustion Engineering thought that they would try to gain something from the deal. So they brought in an expert, Transportation Alternatives, a transit consulting firm based in Van Nuys, California. Transportation Alternatives’ President, Ned Einstein, a former adviser to the US Department of Transportation and various municipal transit services, recognized TAM-Bus’s vast potential market. “They had the most amazing product line that I had ever seen,” Einstein remarked, “at least eight different truck and nine different bus chassis.” To Einstein, TAM’s use of unibody Monocoque chassis represented a vast improvement over US bus engineering. 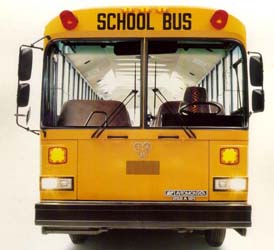 To that end, Einstein assembled a panel of safety experts who produced specifications for TAM-USA’s buses. Such market sensitivity and ability to “Americanise” their product, he believed, would allow the partnership to quickly outdistance its better established competitors.Then the worst scenario that Combustion Engineering and TAM-Bus could have imagined actually happened: Yugoslavia disintegrated. Yugoslav President Slobodan Milosevic began an economic war to complement the struggle already being waged for “Greater Serbia.” Almost overnight, the Yugoslav government switched from the “soft” dinar to an exclusively “hard” currency economy. Combustion Engineering’s credit line, the linchpin of its countertrade arrangement, promptly evaporated. TAM-USA was left without any operating capital. Desperate to save its venture, TAM-Bus scrambled to find other investors, who, cowed by the fighting and fiscal chaos, were completely unapproachable. Finally,the consultant Einstein came in and offered himself as a knight in shining armour.Although brought in as an adviser, Einstein transformed himself into an entrepreneur, contributing $1 million of personal equity to TAM-USA. His experience managing a successful transit service for handicapped people hardly prepared him for the demands of restructuring the deal. “I’d never even been to Europe,” he admitted. Einstein undertook a crash course in countertrade, currency hedging and the assorted minutiae of international commerce. Though still a novice, he was not naive. He hired an ace adviser, Jim Hitch of Baker & McKenzie, the largest law firm in the world and now also in Eastern Europe. Hatch’s participation cleared up some remaining obstacles and the deal was struck.Despite Einstein’s personal contribution, another $5 million was required to resuscitate TAM-USA. Impressed by Einsteiri s confidence in their company, TAM-Bus cast around trying to find another source of capital. What followed is one of the most remarkable stories in the short history of the free market in Eastern Europe.With potential investors now running scared, TAM-Bus looked internally for all sources of potential liquidity. Unlike some Yugoslav firms, it had a substantial export operation. As its home market evaporated, TAM-Bus management quickly built up their export subsidiaries in Germany, Spain, and the Middle East. This was fortunate for the US joint venture. From each of these now-profitable subsidiaries, TAM-Bus was able to squeeze out a little hard currency. Ironically, a 600-bus deal with the Soviet Union generated still more dollars and deutschmarks. Finally, they raised the necessary money. Including parts purchased abroad, TAM-Bus’s hard currency involvement was close to $2 million. The remaining $3 million was made up of labour and services in kind. Of their effort, Rado Lipicar, a Slovenian director of TAM- USA remarked, “We took every bloody dollar from this company.”TAM’s flexibility was the key to the deal. Imagine, an Eastern European company actually investing in a Western company when the Western money did not arrive. An autonomous division of the much larger truck manufacturer, TAM-Bus already effectively competed in both European and overseas markets. “We are a very export oriented company,” TAM-USA board member Drago Pohar commented. Indeed, by the time of the deal, 60% of TAM-Bus’s total market was outside of what remained of Yugoslavia. Its traditional market in ruins, TAM-Bus expanded its strategy of challenging larger competitors through savvy marketing. Aware of their bus’s reputation for quality, TAM-Bus used licensing and technology transfer agreements to penetrate new markets, tailoring their product to each one’s demands. Unlike their infamous cousin, the Yugo, TAM-Bus stressed that its products are made with a close eye for quality rather than profit margins.

Indeed, this determination to avoid even the remotest comparison to Yugoslavia’s best-known export permeates every aspect of production. “We must,” Mr. Lipicar said, “undo the damage done by that car.”

This determination to get onto the world’s stage played into the hands of Einstein, providing him with the opportunity to step into the vacuum. He came with little money, but with the right attitude and at the right time.The Slovenian government shows ingenuity similar to that of TAM-Bus. With their country untouched by the war, it has undertaken a bold plan of modernization. Concerned with, but not troubled by, “social costs,” Slovenia is determined to make itself attractive to the West. Following the IMF’s stringent guidelines, Slovenia’s economic braintrust has reduced inflation, devalued its currency, and thus provided a nimble alternative to the usually bloated economies of the East. After Milosevic’s cancellation of the. dinar, Slovene authorities issued their own tender, the tolar. Pegged to the deutschmarks, the tolar lent the Slovenian economy relative stability, especially in contrast to Serbia’s 20,000% inflation last year. In such a setting as Slovenia, Einstein assures, “I could turn $10 million into $50 million in five years.” He isn’t there, yet. And it’s not a project for an investor with a short time frame. Even Pahor advises that he expects TAM-USA to mature fully in 20 years. Einstein – in agreement that the partnership will not see a profit for some time – is convinced of his product’s place in the US market. Having faced reversals in the school bus and mass transit sectors, TAM-USA has again demonstrated its mobility, shifting its focus to the small but lucrative tour bus market. Despite the recession and obvious loss of travel dollars, TAM has been able to get its foot into the door of the US bus market, already selling 12 of its luxurious Model 260 buses.This deal was by no means easy to keep alive and its success will take years to know, but the ability of the partners to overcome financing set- backs is extraordinary. The first investment was made almost by accident – to get the former Yugoslav government to award a hydroelectric plant contract. The second investment was also made by accident as an American entrepreneur fell into the deal after first being brought in as a consultant. And, ironically, the last investment was made by the Eastern European company itself. For those familiar with the heartbreak of investing in the region, TAM-USA demonstrates that it is possible to find an Eastern European partner which is just as determined to make a success of a venture as the Western side.

Getting Students Back To School During COVID-19 Recorded Webinar